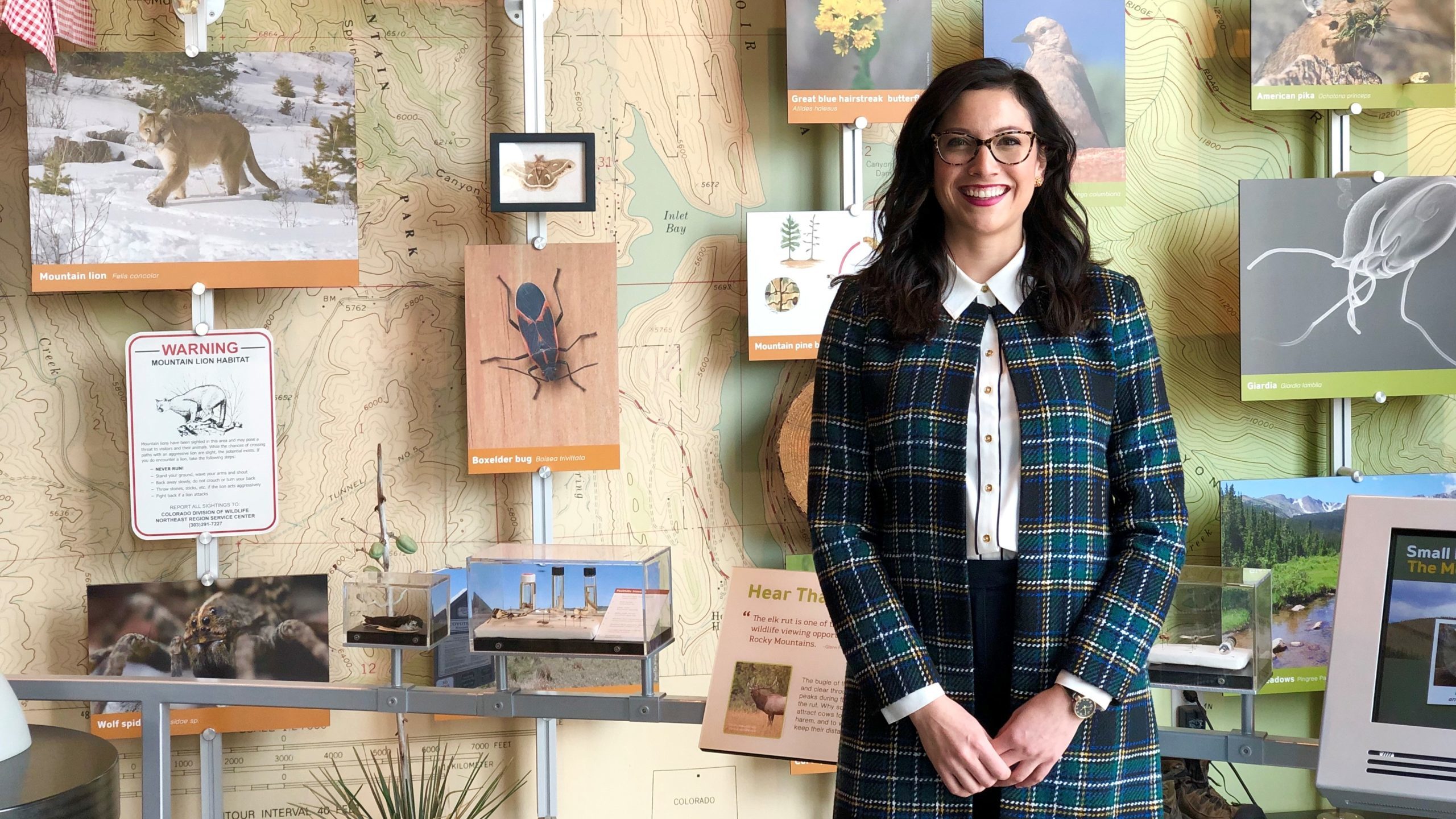 Fort Collins Museum of Discovery is excited to announce the hire of Laura Valdez as the next Executive Director of the Nonprofit Partner! After an extensive national search, the museum selected Laura to co-lead the organization with current Executive Director, Cheryl Donaldson, who represents the City of Fort Collins Partner. Laura has more than a decade of combined leadership experience in the nonprofit, education, and public sectors, supported by a Masters of Public Administration focused on local government and nonprofit management.

“The Fort Collins Museum of Discovery staff is excited to welcome Laura into our organization. Laura’s dedication and commitment to community impact and strong organizational management will complement and support the work of the team,” says Cheryl Donaldson.

Laura will be joining the museum after eight years working at the City of Elgin, Illinois, most recently as the Assistant City Manager. There, she was successful in leading collaborative, inclusive efforts to further collective goals and achieve shared success. She has worked to consistently build and maintain excellent relationships among diverse groups to facilitate understanding, awareness, and action on community-wide concerns and initiatives, and looks forward to bringing these skills to FCMoD.

“I am thrilled to join the Fort Collins Museum of Discovery. It’s energizing to see what the staff, board, donors, and volunteers have already accomplished. I look forward to working hand in hand with the team and greater community as we take the museum to the next level.” – Laura Valdez

We’re looking forward to it, too. Please join us in welcoming Laura to FCMoD!

Want to learn more about Laura? We interviewed her to learn some fun facts, secret talents, and more!

The best concert I ever attended was Marc Anthony during the Libre tour. It was my first experience attending a concert in a big stadium. I went with my aunts, and it was a great collective experience for us to have together. I remember there were people all around me waving Puerto Rican flags, dancing and singing – the energy was just amazing! To this day I still know every single word to that album.

Oh my, yes there’s definitely a story here! For a period of time, I oversaw the Lords Park Municipal Zoo in Elgin, Illinois which is also modeled with a public/private partnership, similar to FCMoD. At the time the Zoo had two Bison, Becky and Drew, and we were looking to get another. It was a fairly long process of working with many different partners, and in October of that year we welcomed a baby Bison into the mix. However, we weren’t planning on doing a public naming until the spring. But in order to fill out the paperwork to get the Bison they had to pick a name, so they chose “Laura Valdez-Bison.” I found the gesture as endearing as I found it comical! The Bison was later named Takoda by the public – but in the initial paperwork it’s my name!

My favorite museum experiences are ones that have tactile, hands-on exhibits. It’s something that immediately drew me to Fort Collins Museum of Discovery. The opportunity to learn with a physical element to it is so impactful for me. One experience that comes to mind is the City Museum in St. Louis. If you’ve never been, let me just say that there is a really long, super-fast slide. I’ll leave it at that.

Another favorite museum experience that comes to mind is the Discovery Center Museum in Rockford, Illinois. I grew up going to that museum all the time, so I know first-hand how important and formative experiential museum experiences are.

I grew up going to [the] museum all the time, so I know first-hand how important and formative experiential museum experiences are.

Two people: my parents inspire me. They have continually shown me what strength and perseverance looks like, while also encouraging me to take advantage of every opportunity in life. My dad’s family is originally from Mexico and really instilled in him the value of education, family, and hard work. His story is so inspiring; from immigrating to the United States to later contributing to the Space Shuttle program with NASA. Then there’s my mom. She’s one of the strongest women I know. She’s been such an incredible role model for me since she herself was a municipal leader, too. They have always been supportive of me and my endeavors. That’s why my parents are my inspiration.

This is so nerdy, but my secret talent is the ability to name all the Presidents of the United States in perfect order. (Yep. Definitely nerdy!)

Dirty Dancing! It’s the comfort food equivalent of a movie for me. Plus, I have totally attempted to do the “lift” that Patrick Swayze and Jennifer Gray do!

Lucile Ball. She was a pioneer of not only comedy, but also of TV production, and representation on the silver screen. From her interracial marriage to Dezi Arnaz, to being the first woman on TV to be pregnant on television, to being the first woman to run a major television studio, to her groundbreaking style of physical comedy – she was such a trailblazer! She has influenced so much of our pop culture – more than we may realize. It’s fascinating what you can learn from history to see how it’s informed our world today.

It’s fascinating what you can learn from history to see how it’s informed our world today.

As I mentioned, my dad’s an engineer. When my parents had my sisters and I, my dad had one request: he wanted to name us so our initials were all roman numerals. He didn’t necessarily care what the names were, he just wanted to initials be roman numerals! So my name, Laura Ilene Valdez, is LIV, or 54. My older sister is CMV, or 905, and my younger sister is CDV, or 405. Growing up, we had mail addressed to “1364,” which meant it was for the three of us because it’s a sum of our roman numerals together!

Wonder Woman! I love her! I am really looking forward to the sequel to this summer.

I want to say how thrilled I am to be joining Fort Collins Museum of Discovery! The more I learn about the museum, the more excited I become. From then to now, intentional and thoughtful decision making has informed who and what FCMoD is. The community has been so supportive of this organization every step of the way. When I say “community” I mean it in every sense of the word – from the staff, to the volunteers, to the donors, to the members, to the visitors, and beyond.

For me, it’s a privilege to be part of this team. I want to help take the museum to the next level – whatever that level is. The museum is already on the cutting edge of everything, so the possibilities are endless. FCMoD is a mature organization, a growing organization, and most importantly it’s a curious organization. I know there is so much about the museum I have yet to learn, but I’m ready to get started.

We’re ready, too. Please join us in welcoming Laura Valdez as the new Executive Director!