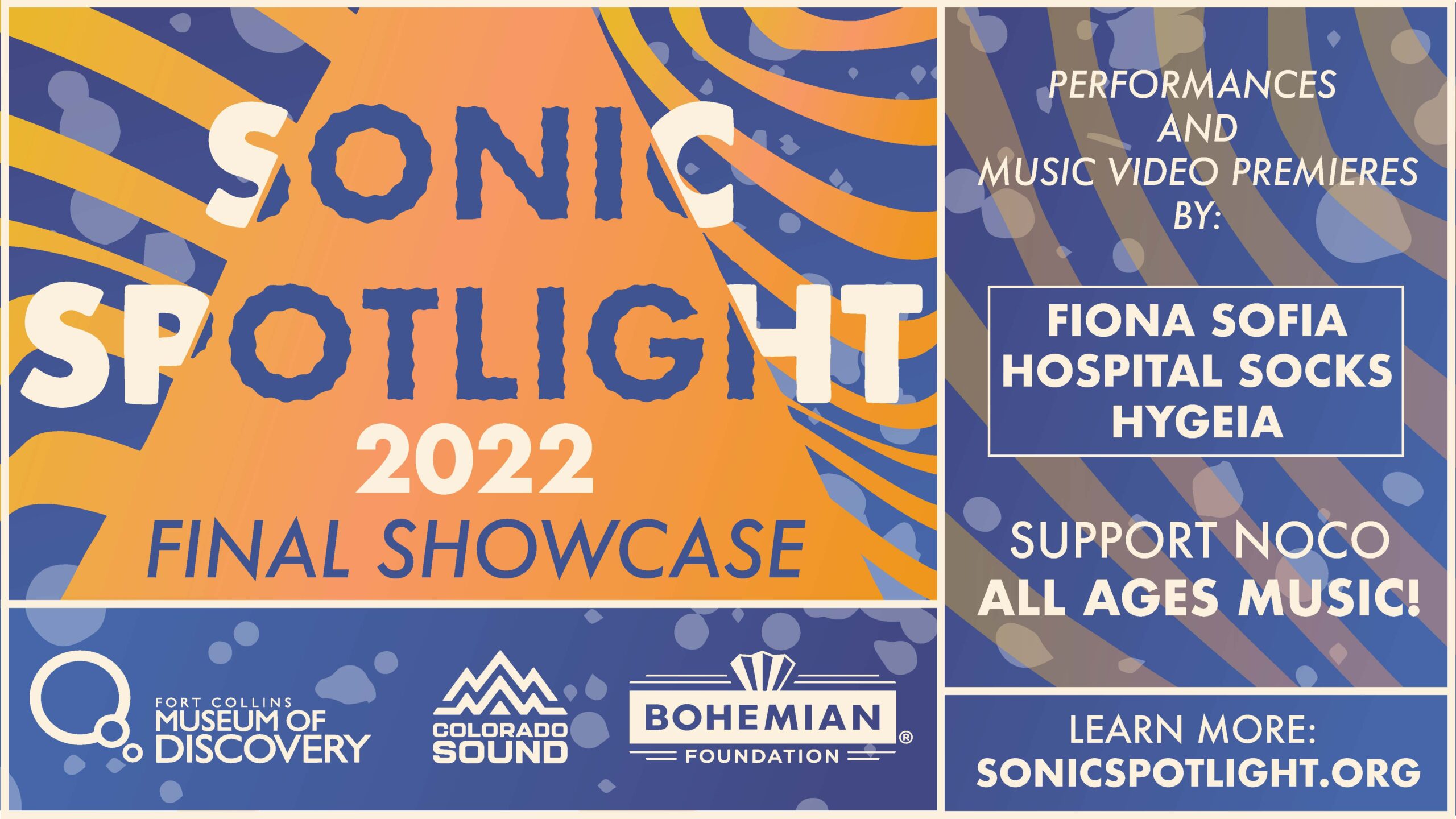 The second and final showcase, the SPOTLIGHT ROUND, will feature the three winning artists from the Sonic Round: Fiona Sofia, Hospital Socks, and HYGEIA. This in-person, live music showcase at Washington’s on Thursday, December 8, 2022 will premiere music videos from each finalist created during the program plus live performances, interviews, and surprises in an exciting night of fresh sounds. Also featuring sets from year 2 semi-finalist Forrest Nelson and Listener’s Choice winner: Clementine!

A panel of music industry judges will be present during this event and will announce which finalist is the winner of Sonic Spotlight 2022.

Find out much more at www.sonicspotlight.org.

This music showcase and competition brought to you by Fort Collins Museum of Discovery, 105.5 The Colorado Sound, and Bohemian Foundation supports our all-ages music scene by giving emerging artists the opportunity to showcase original music on a large platform, connect with peers and industry professionals, win prizes, and level up their music. 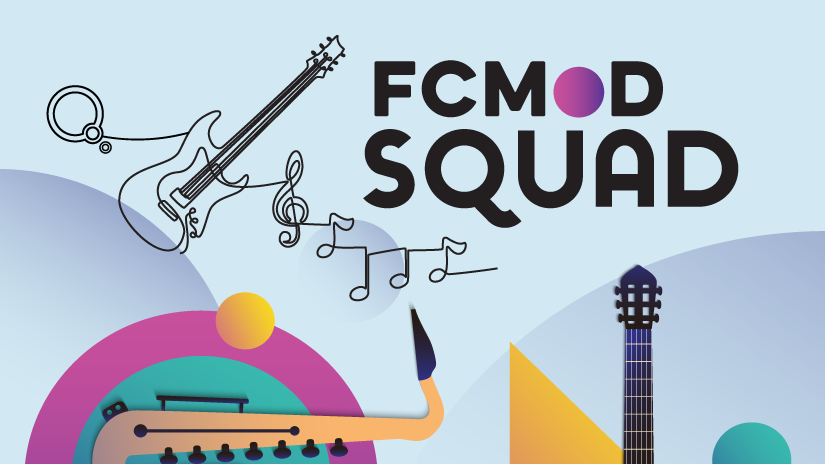 We are just finishing up our inaugural year of FCMoD Squad. For the past nine months, FCMoD Squad members worked with our FCMoD Squad Leadership Team to get involved in the music community.

We are starting our second year this summer, and we’d love for individuals between 15 and 19 years old to consider taking part.

If you love music, and want skills in leadership, public speaking, and collaborating with like-minded folks, fill out our application up until July 11. Jam sessions are highly encouraged.

Read on to learn more about FCMoD Squad.

So, what is FCMoD Squad?

One of the best things in town. Really.

The FCMoD Squad is a youth advisory board consisting of individuals from across the Front Range. The FCMoD Squad ranges in ages from 15-19 and meets twice a month at the museum for a 9 month period. In that time, they actively engage the community in a variety of ways, including reviewing and judging entries for local music competitions and events, touring world class studios, participating in college level presentations and discussions, emceeing stages at concerts, and much more.

The purpose of FCMoD Squad is to provide hands on experience and education pertaining to the local music community as well as represent the voice and influence of our emerging youth.

Who are the FCMod Squad?

The FCMoD Squad are individuals between the ages of 15 and 19 who are interested in becoming more involved within Fort Collins Museum of Discovery and their community.  By participating in FCMoD Squad, you are dedicated, open to learn, and participate fairly. Most of all, you are open to positive new experiences to learn from and pass on.

How do I apply?
Go right here.

Thank you for considering FCMoD Squad.

We can’t wait to get started.