Expand your mind with hands-on activities, exciting collections and moving stories. Explore the interconnectedness of our world, how it works and our place in it. What will you discover? 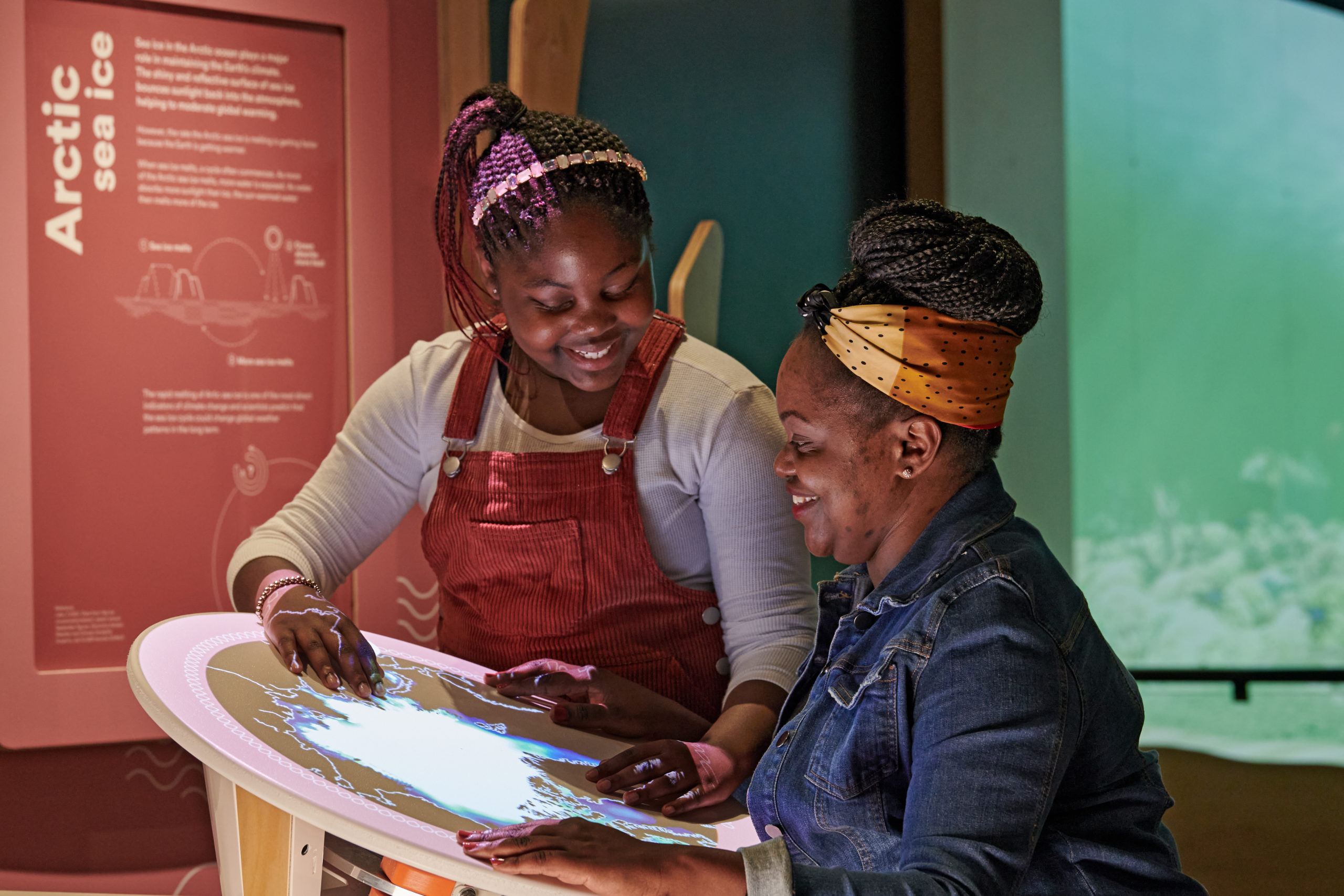 Beginning on September 17, 2022, Earth Matters: Rethink the Future is a 5000 square foot highly interactive exhibit that takes people of all ages on an inspirational journey to understand the changes occurring in our natural world and discover how we can rethink the future.

Visitors will experience how the smallest of actions, like building an insect hotel, can have a big impact on the world around them. And they will be inspired by new ideas and learn the skills to bring their own ideas to life.

Created by Scitech in Perth, Australia and Produced by Imagine Exhibitions 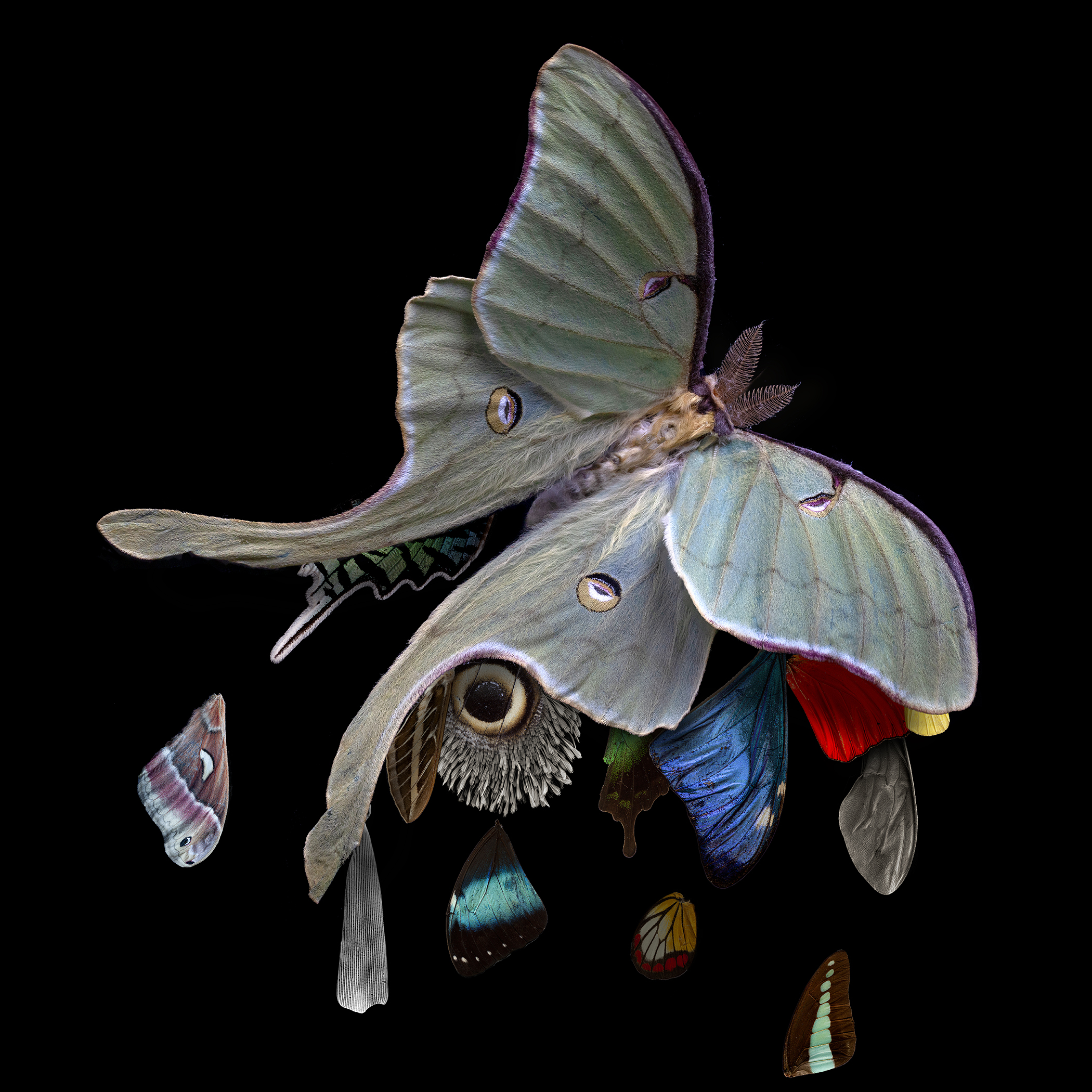 FOOD FOR THOUGHT Micro Views of Sustenance: Threats and Prospects

The photography exhibition FOOD FOR THOUGHT Micro Views of Sustenance: Threats and Prospects offers a perspective on the ways in which food is connected to climate change and other ecological issues of our times. Using elaborate imaging techniques, such as high-resolution close-ups, Dash’s photomontages create a stunning visual conversation focusing on everyday foods, their sources, and the investigation of their microscopic elements. Focusing on local subjects, Dash was granted permission to use the University of Washington, Friday Harbor Lab’s electron microscope for this ongoing project – allowing him to center on the microscopic in stunning detail.

In doing so, Dash invites viewers to ponder critical issues such as crop loss, deforestation, drought, the collapse of insect and bee populations, and more.

Dash is an educator and photographer whose work has been published by National Geographic, TIME, Buzzfeed, and LENSWORK, all while appearing in galleries worldwide. His 2016 TEDx Lecture, The Intercourse of Nature: It’s What We Are, reflects his skills as an artist, ecologist, educator, and orator on important ecological developments. 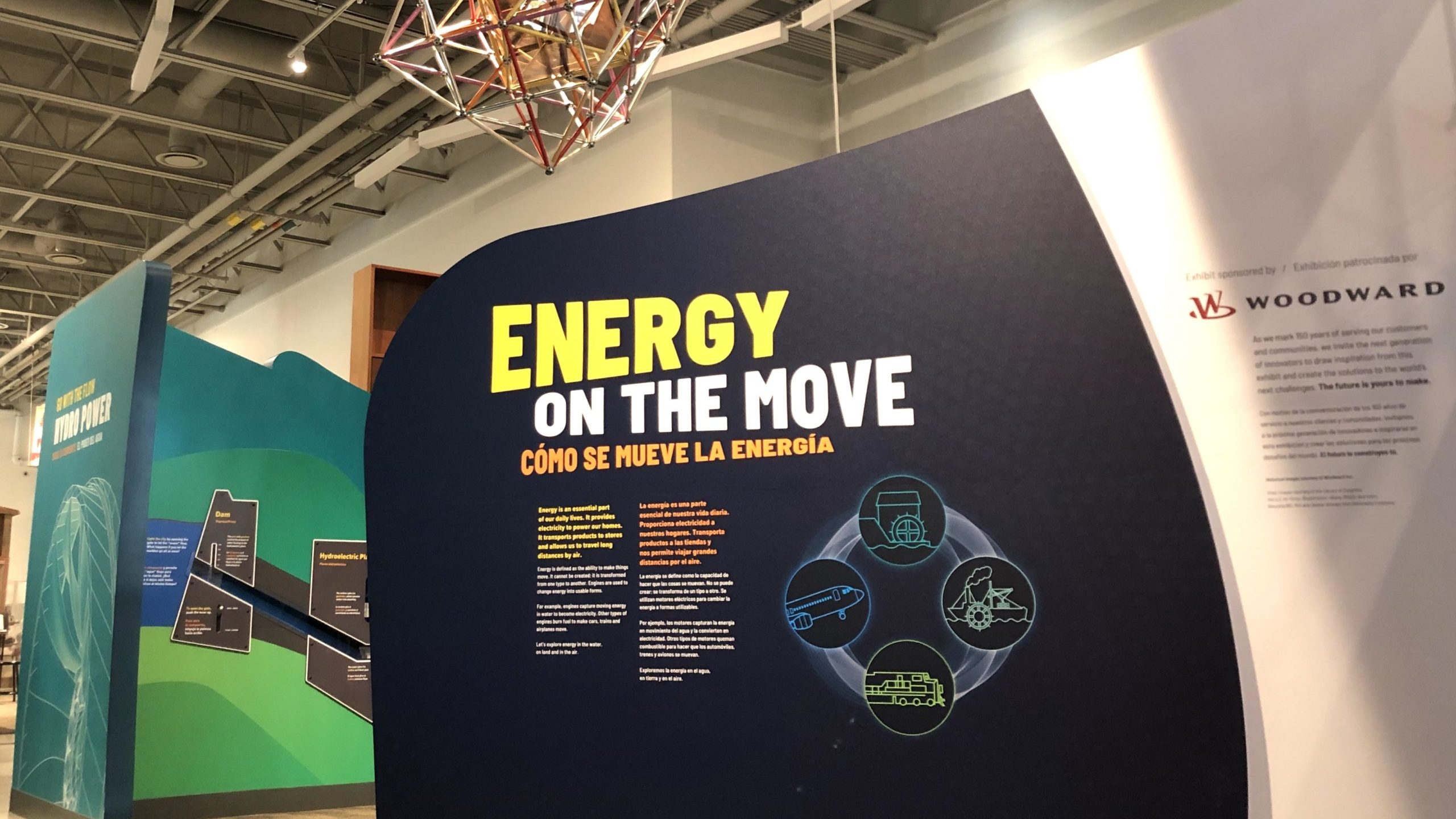 Energy on the Move

Energy on the Move focuses on how energy is harnessed for use on land, sea, and air. As Woodward, Inc. commemorates their 150th milestone anniversary, the exhibit also highlights Woodward's history and the innovative contributions they have made across the aerospace and industrial industries. 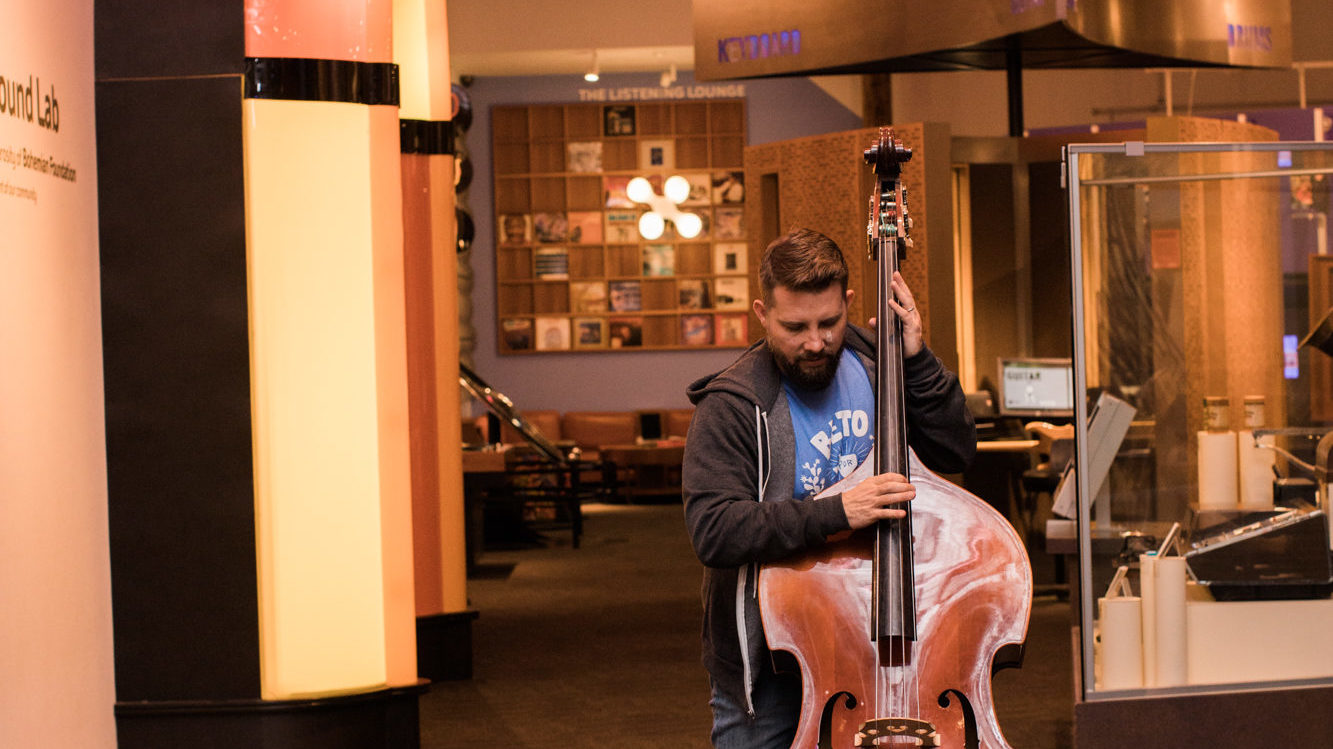 Whether your taste in music is rock ‘n roll or Rachmaninoff, you’ll find something to inspire you in the Music & Sound Lab, supported through the generosity of the Bohemian Foundation. You’ll learn about the physics of sound (and why your parents were right about not listening to your music too loud), the technology behind everything from Edison wax cylinders to iPods, the history of the Fort Collins music scene, and have the opportunity to play instruments including guitars, drums, marimbas, keyboards, and even a theremin! 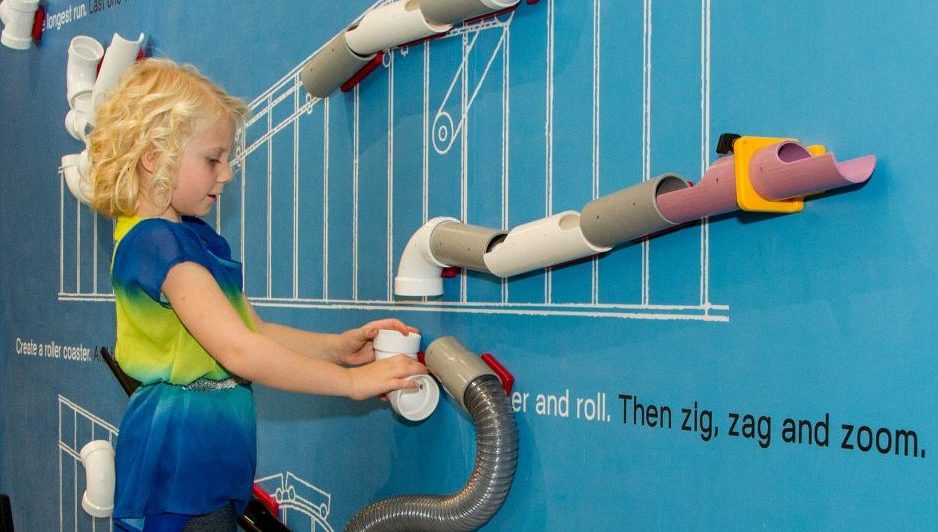 Roll up your sleeves and get in touch with your inner scientist! The Schatz Family Exploration Zone is full of intriguing hands-on ways to turn scientific concepts into action. Encounter light, color, air, and motion in a whole new way! 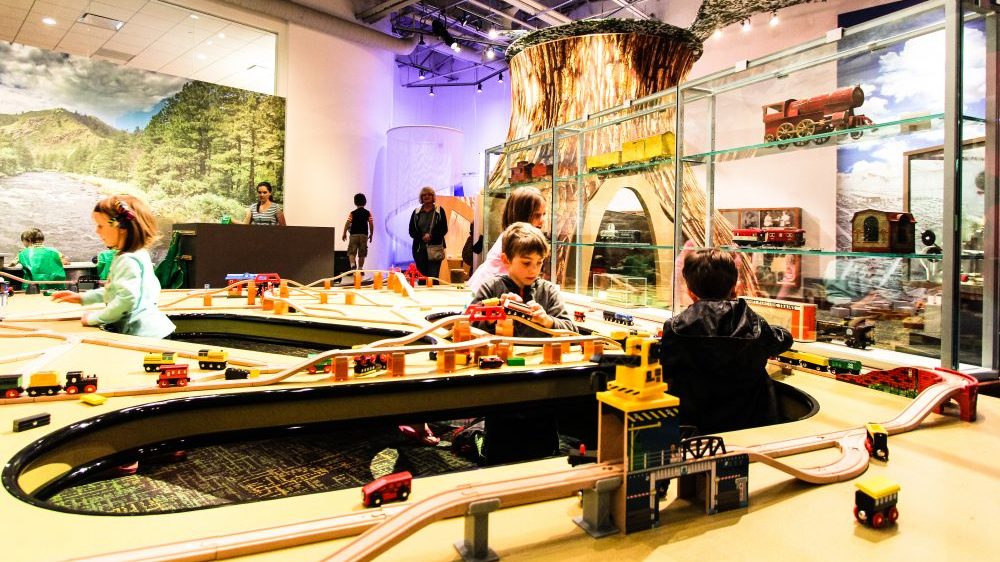 Designed for our littlest visitors, The Tot Spot reflects the larger museum in toddler-friendly ways! Check out the train table, water zone, art center, and the centerpiece – a giant crawl-through tree! 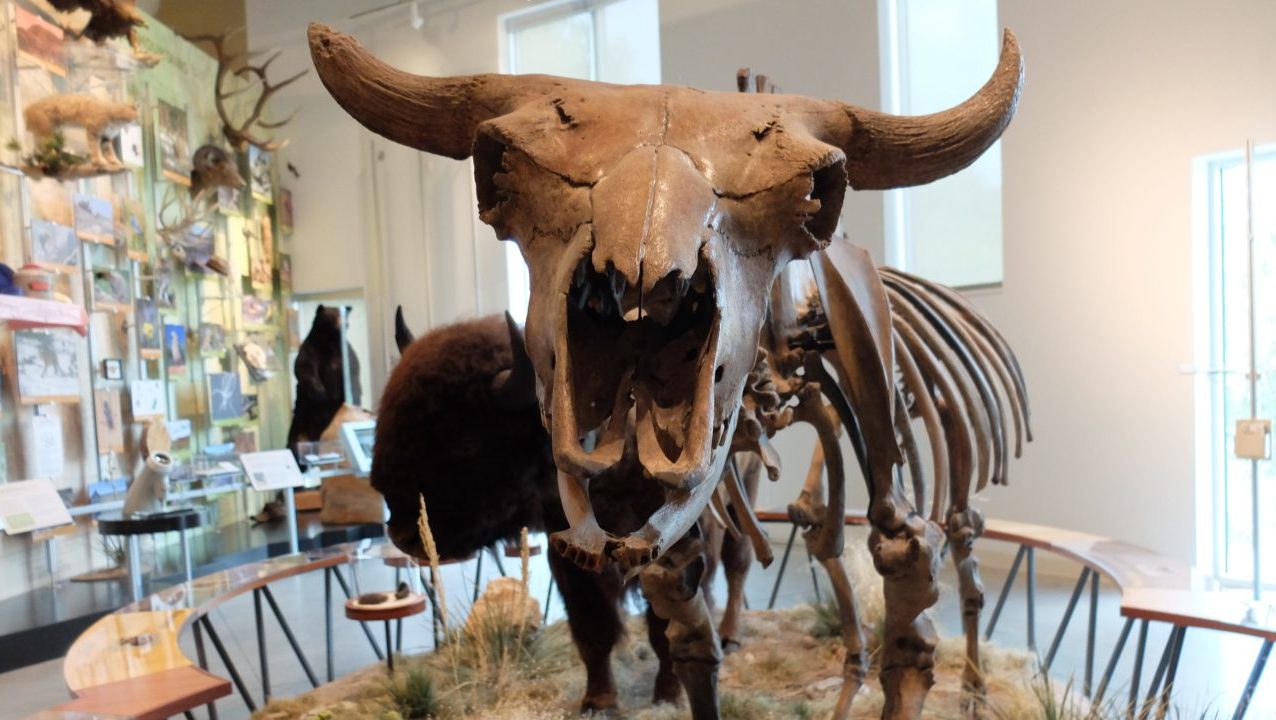 Begin your natural history adventure at the fossil wall, where you’ll see the plants and animals that called Fort Collins home – millions of years before there was a Fort Collins! Opposite of the fossil wall is the regional biodiversity wall, home to the flora and fauna of our four ecozones of today. In between you’ll find two creatures that connect past and present with their special stories. 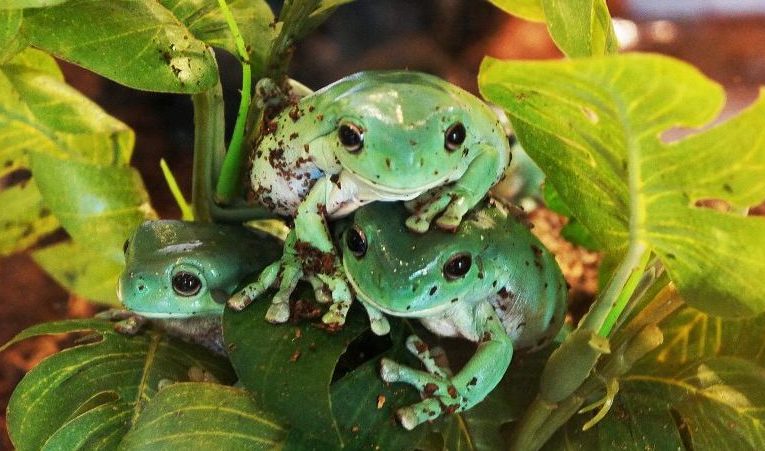 FCMoD's live animals exhibit gives visitors an up close and personal experience with animals they can find in their backyard and beyond. 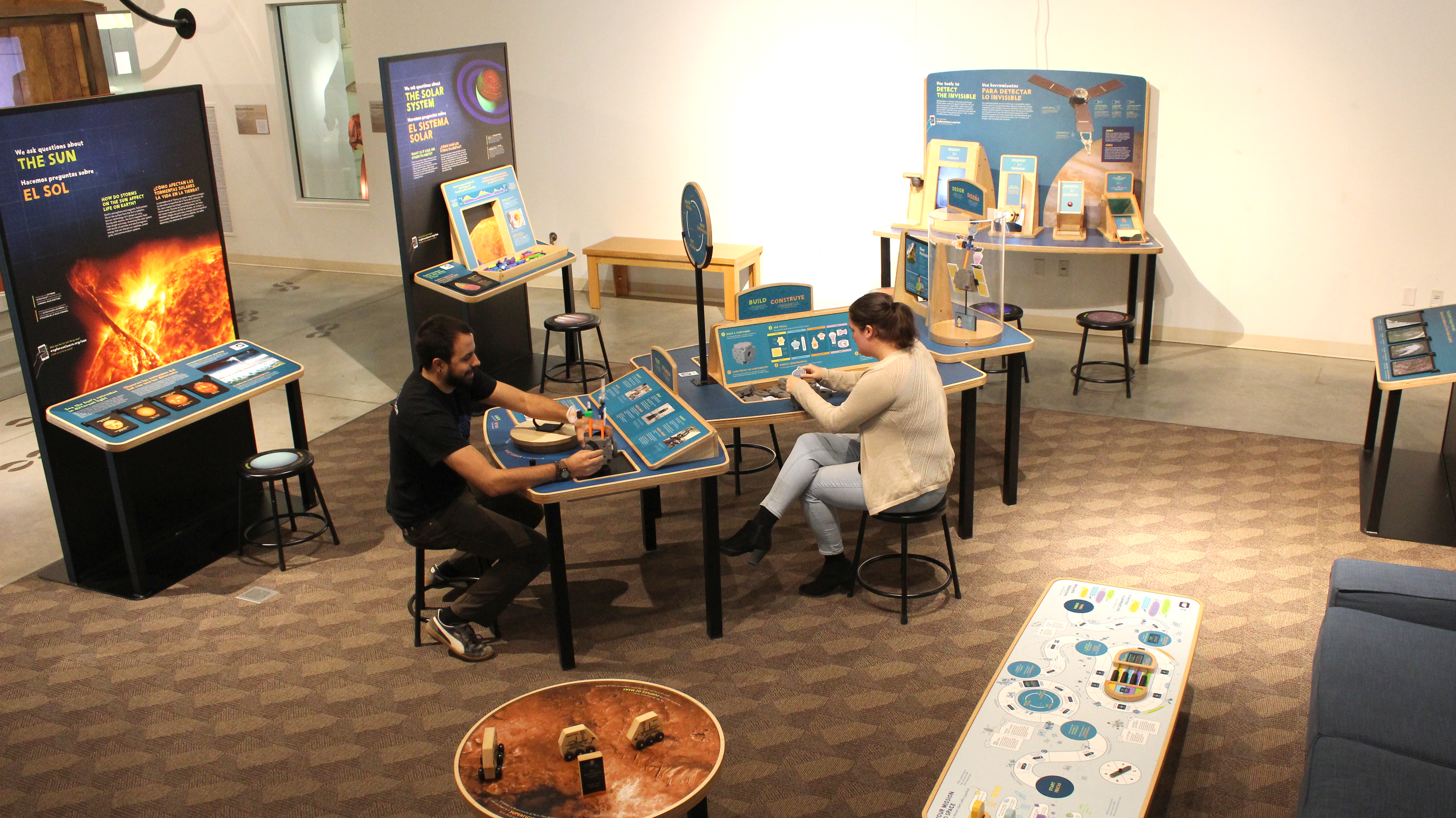 In this hands-on exhibition, you’ll learn about how scientists study the Earth, Sun, solar system, and universe. Design, build and test your own model spacecraft; use tools to see the invisible; and see how scientists use color to help us understand data. Sun, Earth, Universe (Sol, Tierra, Universo) is bilingual, with all information in English and Spanish. 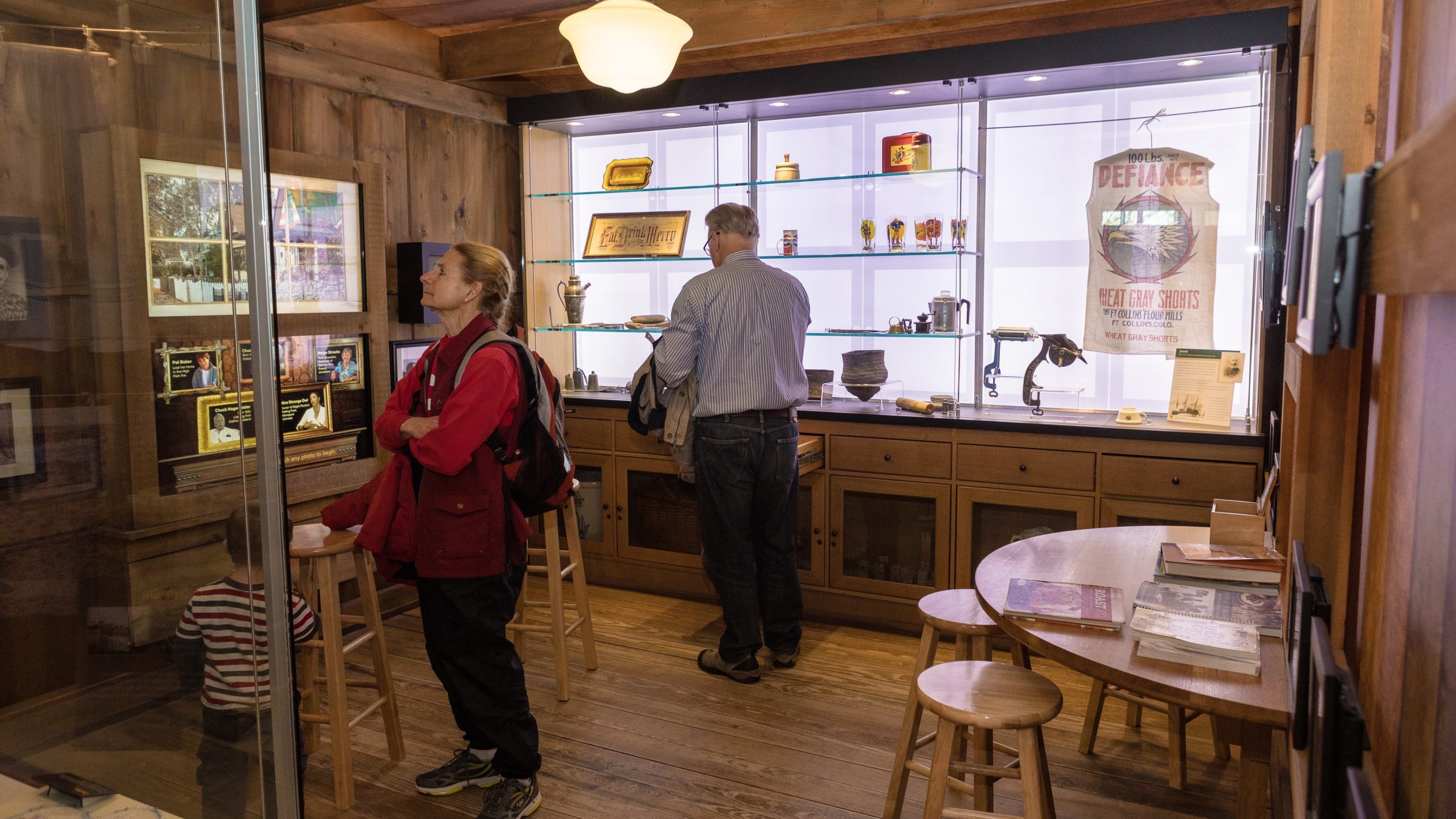 From ancient times to today people have found ways to survive and thrive in this challenging landscape and to make it home. Discover the rich story of how the land has shaped us and how we have shaped the land in the Food, Forage, and Farm exhibit. 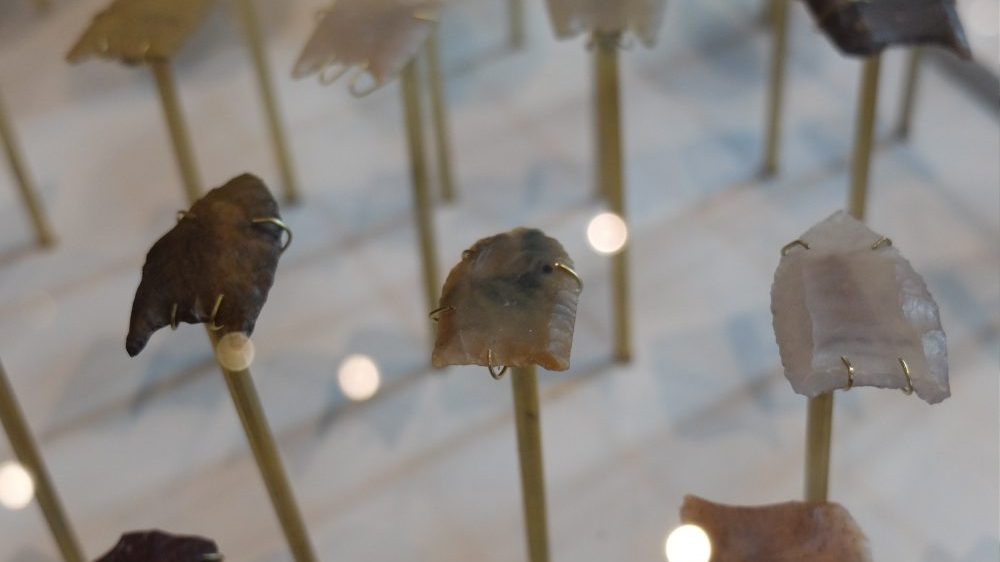 People called this area home long before the first European settlers arrived. At least 13,000 years ago these people lived along the rivers and hunted the plains and mountains we see today, leaving traces of their complex cultures for us to marvel at. Learn about the Lindenmeier archaeological site and our original inhabitants in the First Peoples exhibit. 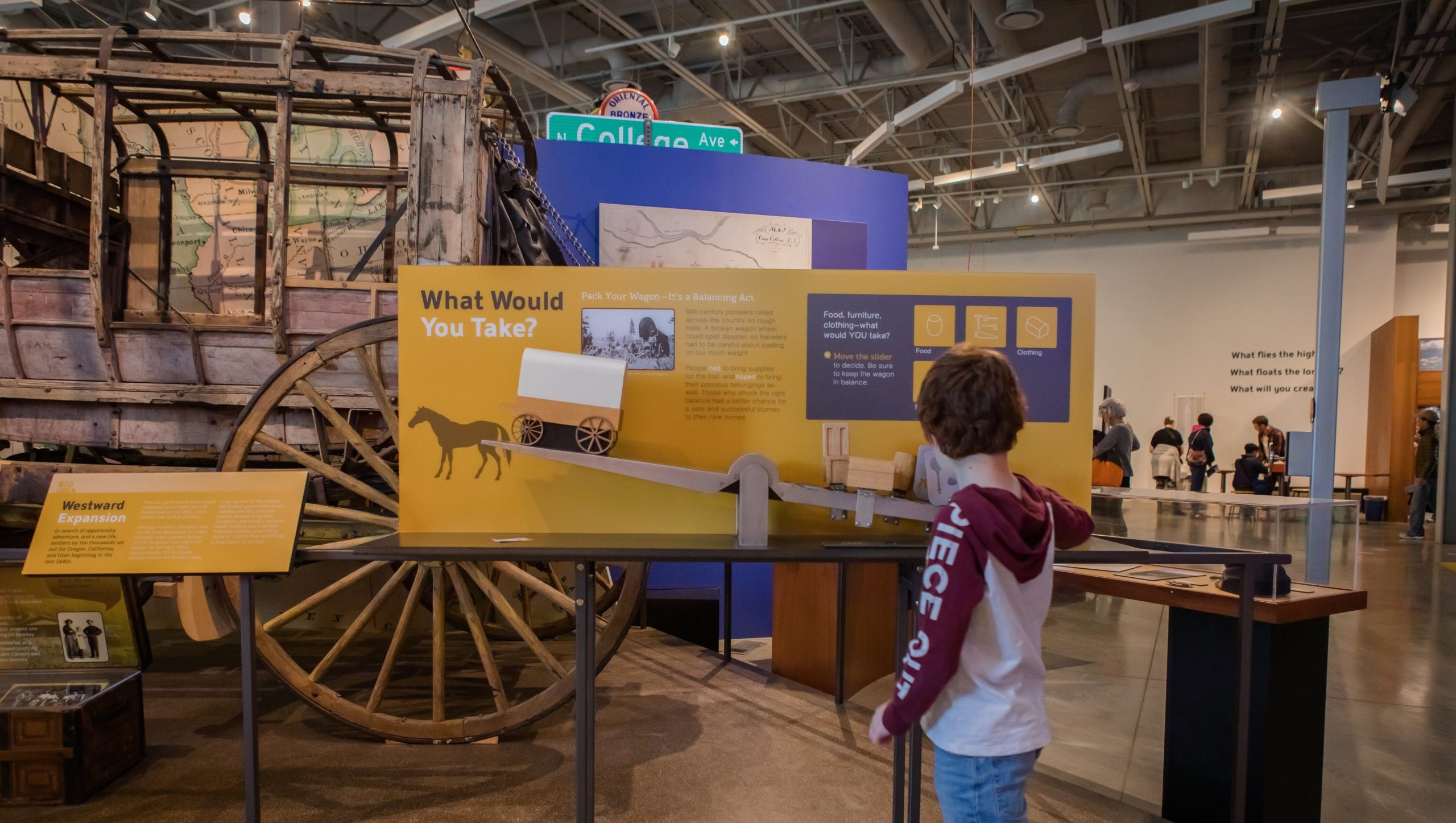 People on the Move

From its founding as a military camp in 1864 to today, the story of Fort Collins has moved! Why did people come to this town, how did they get here, what did they do to shape it into the prosperous and vibrant city we know today? Explore this story in the People on the Move exhibit. 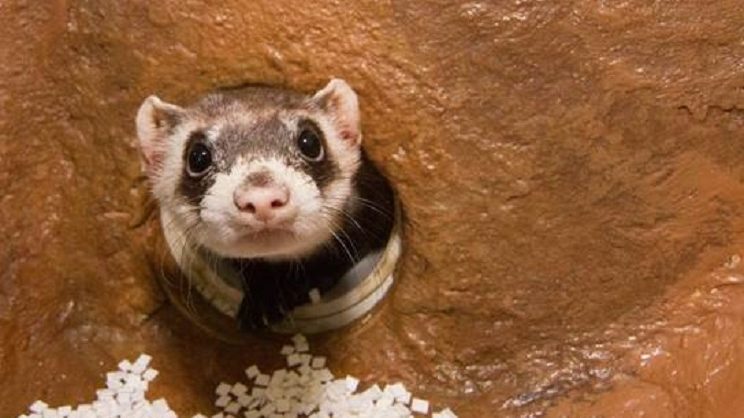 Fort Collins is home to many wonderful natural areas, from the sweeping expanse of Soapstone Prairie Natural Area to the intimate river walk of the Gustav Swanson Natural Area. Get to know all the great recreational opportunities that our natural areas offer, and come face-to-face with two live black-footed ferrets – their incredible story of recovery from the brink of extinction will amaze you. 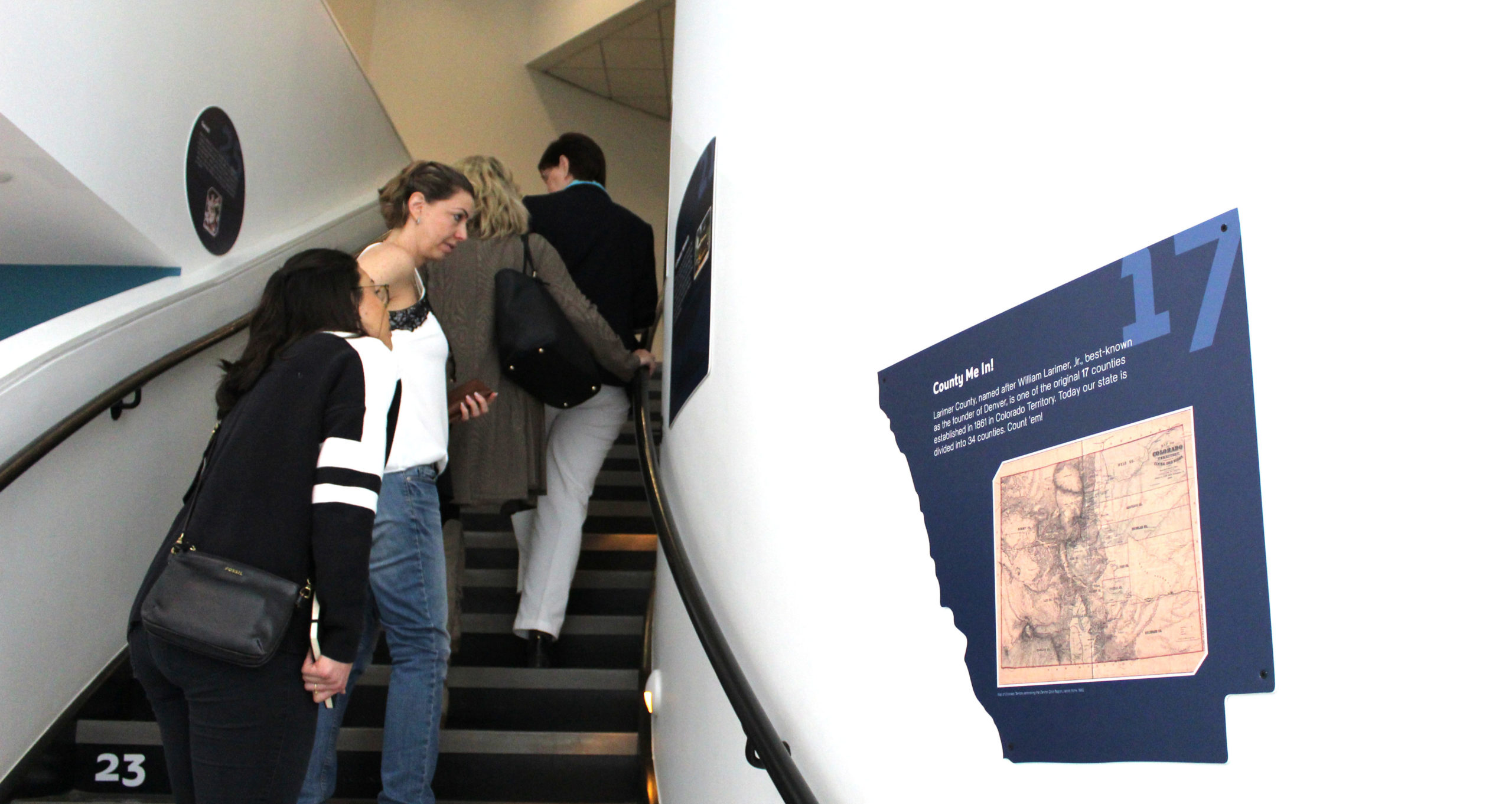 Take the Healthy Steps during your next visit! Healthy Steps is a new exhibit at Fort Collins Museum of Discovery made possible by the McKee Wellness Foundation. Together, we encourage you to climb to new, healthy heights and learn about Fort Collins on your way! Experience this interactive exhibit today - after all, good things happen one step at a time.