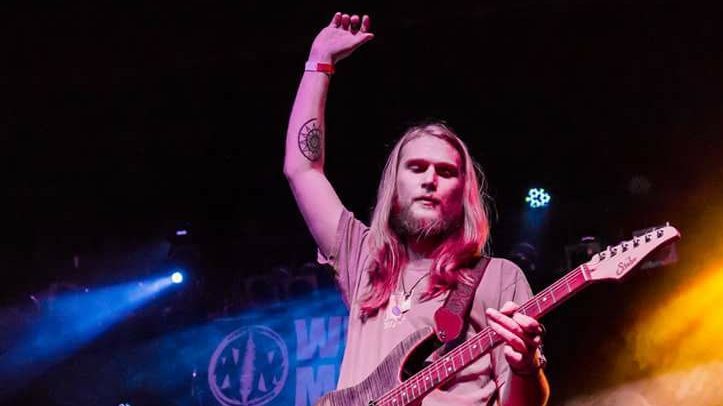 Forrester sat down with staff for an interview to talk about the music scene and FCMoD. The following interview has been edited for length and clarity.

I am a music assistant at FCMoD. I help in the Music & Sound Lab with programs, exhibit care and maintenance, and program development. I became a volunteer with the museum when I was… about 6? So I have been with the museum for almost 20 years.

I started playing piano around the same time when I started volunteering at the museum, so around 6. I pretty much always had a passion for music. In junior high school I started to play with bands and learn cover songs and play concerts and battle of the bands. Then when I was 14 I started playing guitar. I continued to play in some bands during high school, and after high school is when I got more serious about music. My first concert was at the Fort Collins Museum of Discovery Heritage Courtyard. It’s great that the museum has been involved in my music career through multiple events over the years. As an Eagle Scout I helped organize six local bands to play at a concert in the museum’s Heritage Courtyard in awareness of suicide prevention.

I primarily play guitar, and also a little piano. I like the piano because it is an expressive instrument. When you play a note on the piano it is different than with a guitar. With a guitar you can slide, bend, or do vibrato with the string, whereas with piano it is one note and one dynamic. Guitar is challenging, and I like that. I was self-taught in guitar for the first 5-6 years, and then I took my first guitar lesson when I was 20.

A typical day at the museum for me consists of running different music programs, such as those hosted in the Music Garage. I instruct kids in mini-lessons, as well as maintain the area, and make sure none of the instruments are broken. (No guitars smashing at the museum, please.) My responsibilities include keeping an eye on the Music & Sound Lab exhibit, maintaining supplies, fixing exhibits when they break, giving Reactable lessons, and providing pop-up lessons.

I met Jarod, our bassist, the first day he moved to Fort Collins and came with his family to the museum. He came into the Music Garage and his roommate and him started jamming with me. From there I got his number, but didn’t hear from him for a few weeks. When we finally connected the next thing I knew we started the band- Eye Above right away. That was the initial creation of Write Minded. Write Minded started out of three different groups – a band I was previously in called Eye Above, the newly formed Write Minded cohort, and then an additional keyboardist. The original band was an acoustic rap with djembe. The keyboardist, Wilson, joined and I knew a drummer from high school that we approached about joining the band too. Once we all got together we were offered a show – opening at the Aggie. Then we ended up getting invited to play a Colorado band showcase at SXSW in Austin, TX. The rest is history.

Oh boy, having the space we do, it’s awesome. Our Music & Sound Lab exhibit allows the public hands-on access to real instruments. On Thursday nights we have Musician Meetup, which is an open jam session for musicians of all skill levels. It’s great – participants bring their own instrument and receive free general admission. People show up and play music together, and volunteers help facilitate it. The open exhibit gallery space offers a comfortable environment. And the program is free, which is important. So many spaces created for jamming together throughout town can be intimidating and scary, especially if you’re alone and just getting started. Ours is facilitated, and we do our best make it as welcoming as possible for everyone. It’s cool seeing younger kids have that opportunity.

If I had to pick one, I’d have to say Umphrey’s McGee. They’ve been playing for about twenty years and are a total jam band from the Chicago area that regularly plays at Red Rock Amphitheater. They have progressive rock influences. Their guitarist is one of my favorites to see and experience. How they connect and vibe as a band is cool. I’m a jam band fan. They have head signals to improvise like crazy. They are really into their art and connecting with their fans – which I think is important. I think I see them perform twice a year.

Any art form requires perseverance and confidence. You will never be able to get better at a task if you don’t believe you can. Confidence is key, especially when it comes to performing. You have to have perseverance in the art form and remember there are certain things that take years to develop.

I think we do everything pretty well. But there is always more that can be done. We can look for ways to plug in with other groups in the community promoting local music, like the Music District. We do so many music programs and events, from live music in the OtterBox Digital Dome Theater, to our  LaserDome series, to Musician Meetup, to providing hands-on instruments in our Music & Sound Lab exhibit, and more. Plus FCMoD is a venue for music festivals in town, like FoCoMX. Providing feedback on how else the museum can get involved is welcome.

It’s great getting to be involved in the music programs and exhibits so much, since that’s where my passion lies. I really like the family vibe that not only the staff, but community has. Being at FCMoD every week, you really see the community connection. Walking through the doors you see community members from local bands, City Council members, regularly visiting museum members, and more. You get to see and experience the big picture of our community. It takes a bunch of people contributing their time, talents and more to create spaces like FCMoD. It’s really cool getting to meet everyone. 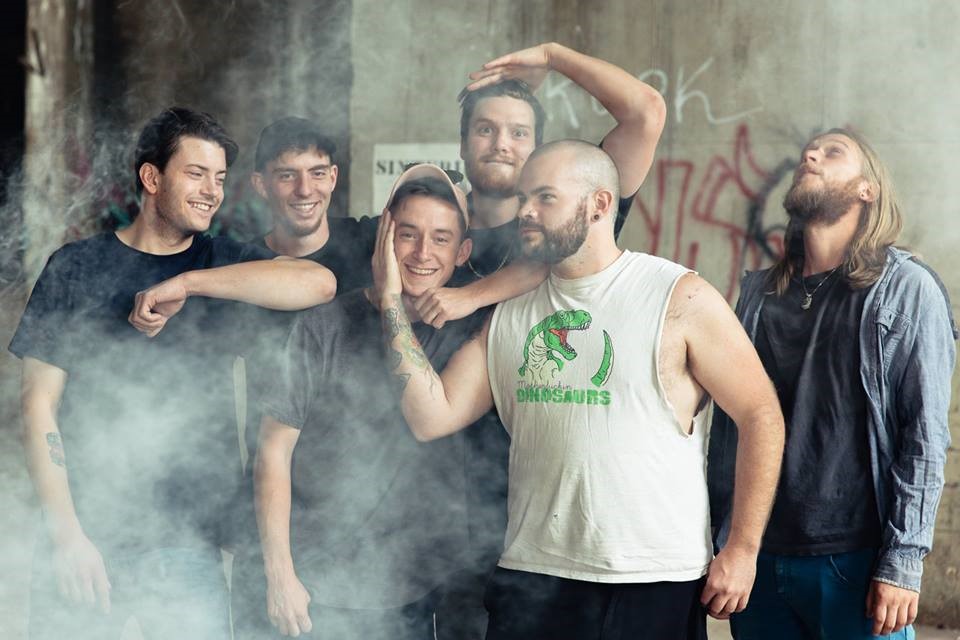 Thank you to Forrester for his time and for sharing his skills at FCMoD!