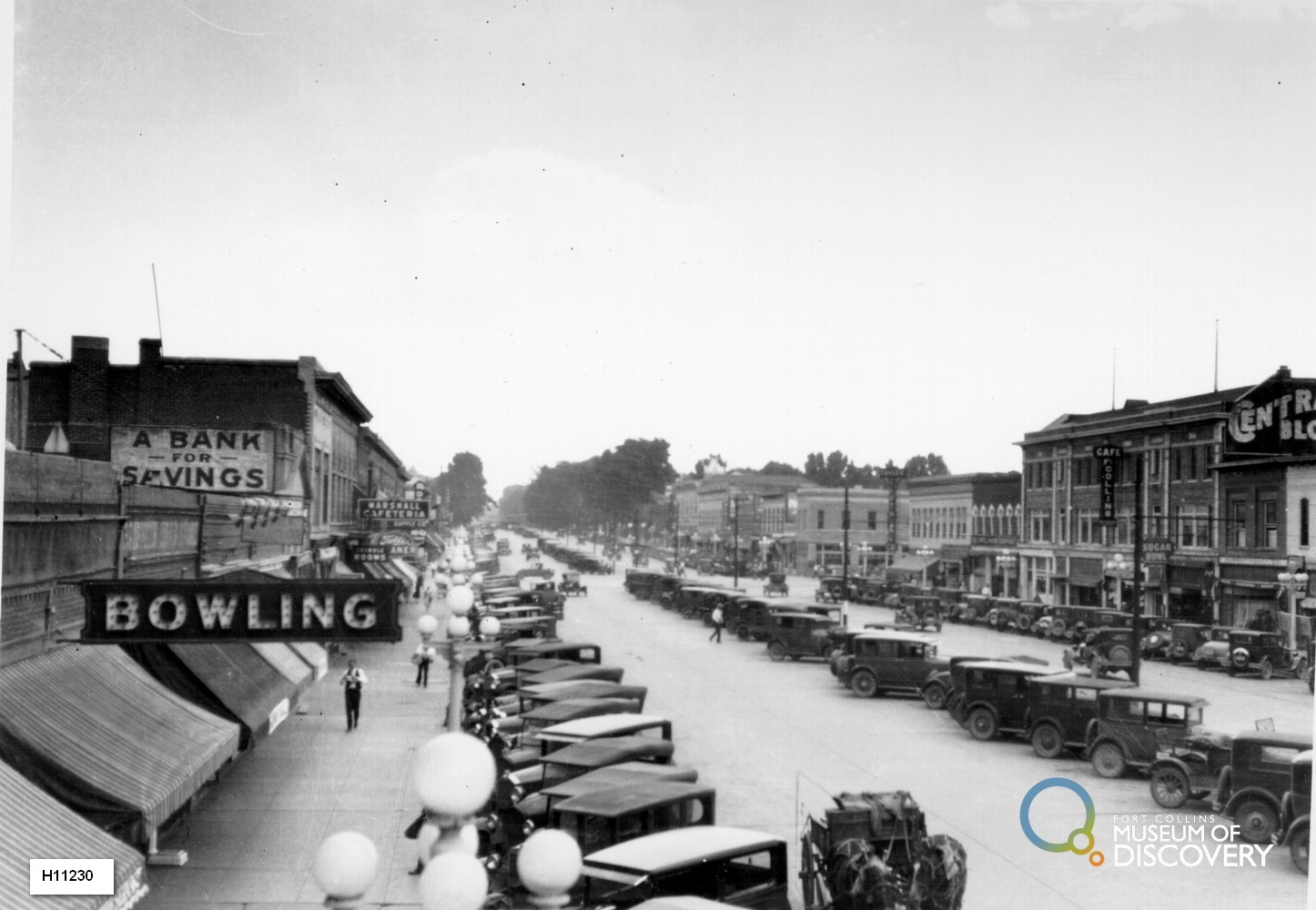 According to Evadene Swanson, “Lindenmeier’s ‘Board of Trade’ on College near the Opera House had a bowling alley in 1880” (Fort Collins Yesterdays, page 136).  Does that surprise you? It surprised me! By the late 1800s, prosperous cities in the USA were installing regulation-size bowling lanes, often subsidized by churches, YMCAs, firehouses, and fraternal organizations. I dug up a few Fort Collins bowling photos to share with you – none are from the 1880s, but I hope you enjoy them nonetheless.

Though undated, this shot is clearly from an era when bowlers had serious sartorial standards: Behold the Bowling League Champs – BPOE Elks Fraternal Organization, Fort Collins. 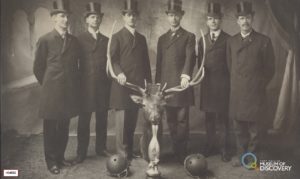 This shot from circa 1928 shows the 100 block of North College Avenue (looking south).  In addition to the Collins Cafe, Sugar Bowl, and Marshall Cafeteria, the Bowling sign is clearly visible in the photo. 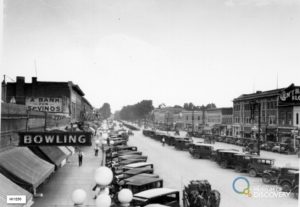 This 1950s-ish image of the Hutchison Pharmacy ladies bowling team (Fort Collins) highlights the pharmacy’s advertising as well as the women’s splendid hairstyles. 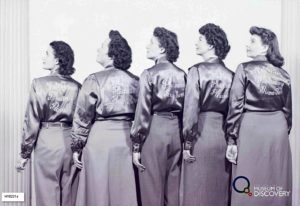 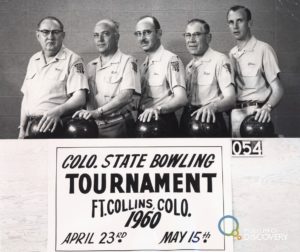 And last but not least, here are two cool cats from 1969. 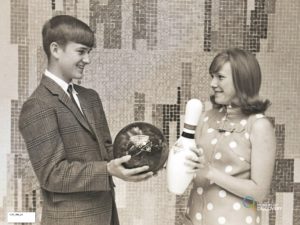 Here’s the caption from the May 12, 1969 Coloradoan:  “State Doubles Champs: Jack Hall, 16, of 1030 Akin Street and Margee Deering, 14, of 120 Tedmon Drive teamed together to knock down 1,278 pins and win the 1969 Colorado Junior Mixed Doubles championship. The two were among more than 100 Fort Collins junior bowlers honored Sunday night during the annual Youth Bowling Association awards banquet.” 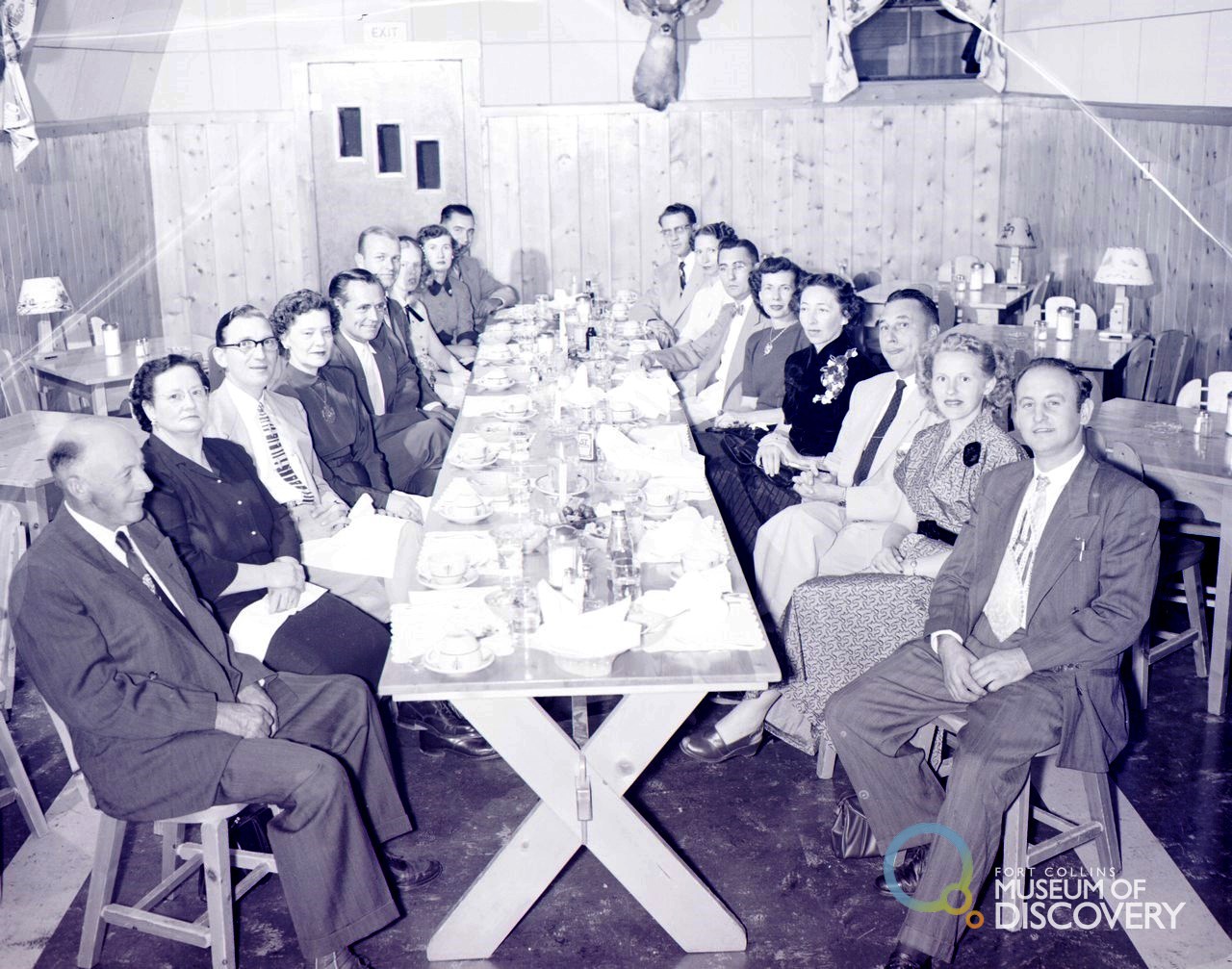 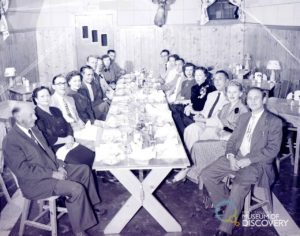 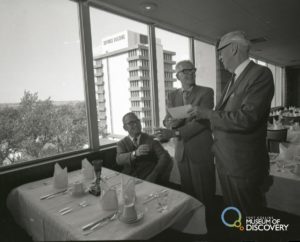 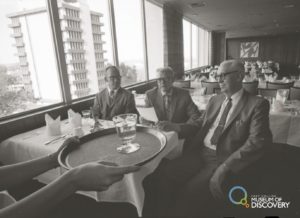 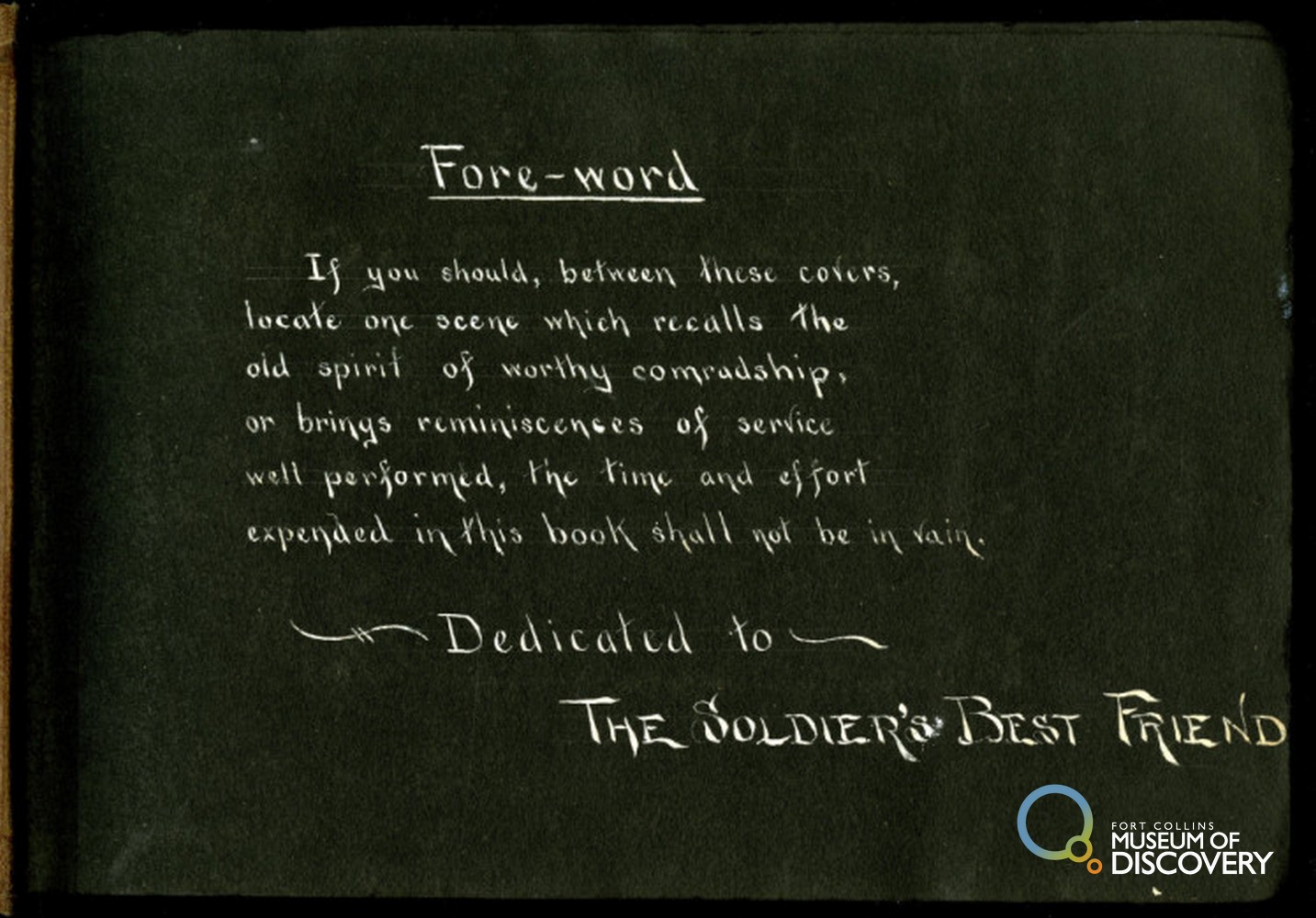 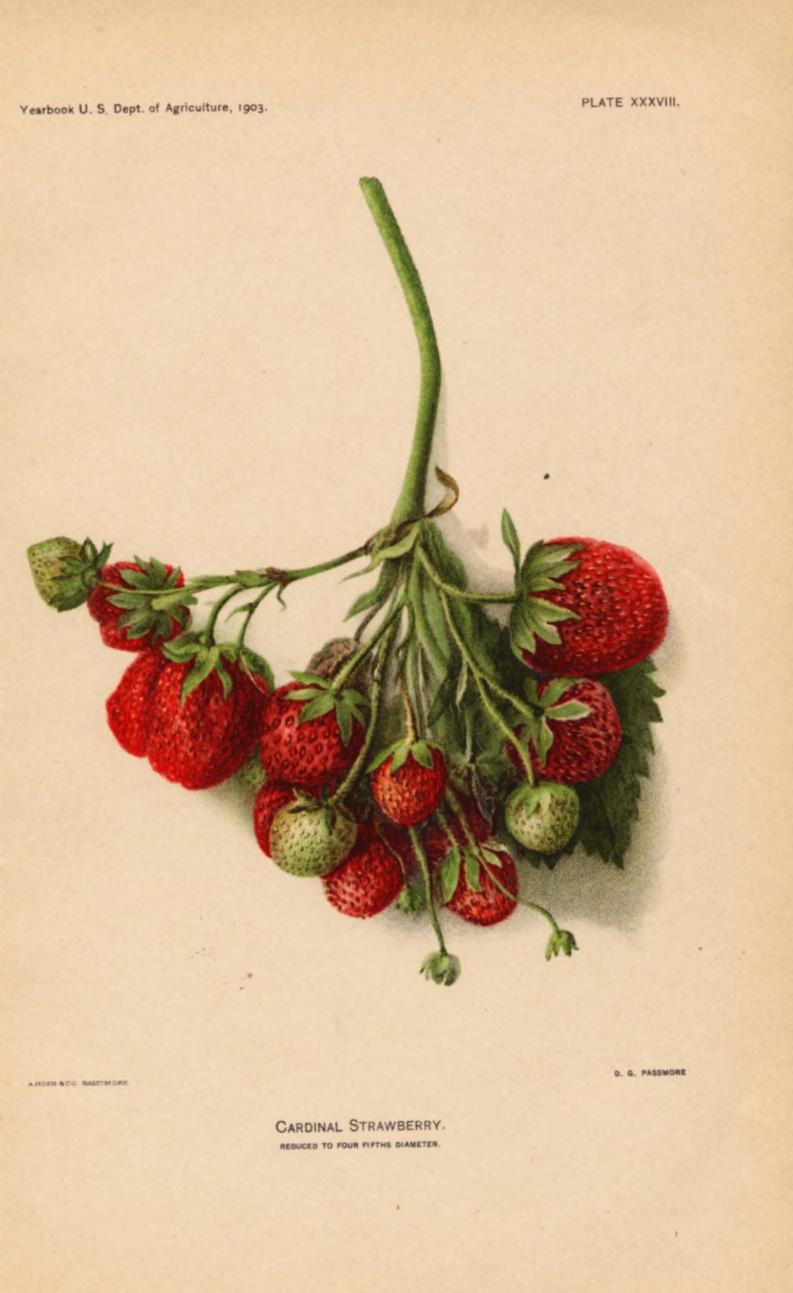 As I was processing a collection of agricultural yearbooks (1902-1998), I didn’t expect much in the way of beauty.

But amidst the descriptions of foot-and-mouth disease, insect infestation, and state-by-state parameters for “a bushel,” I found these delightful color plates. 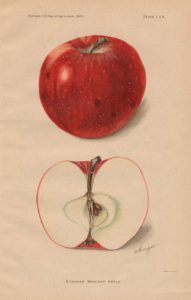 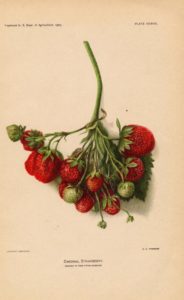 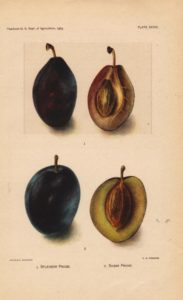 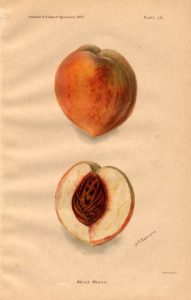 These days, a drive around Fort Collins always includes orange traffic cones, route deviations, and a horizon line crossed with a building crane. We are growing, aren’t we? Fort Collins residents of the 1960s felt the pressure of growth as well:

“City planners were hard pressed to keep up with the city’s growth, especially in the rapidly developing suburbs. Fort Collins’ population almost tripled between 1950 and 1970. New industries, such as Kodak and Aqua Tec, were locating in the area, attracting more people. The Chamber of Commerce reported that industrial employment rose from 1,068 in 1960 to 3,411 in 1969. Builders tried to keep pace with the growth as all-time records were set for private construction. A consequence of these efforts was the building of Fort Collins’ first skyscrapers. The twelve-story First National Bank Tower and the eleven-story Home Federal Savings Building (now Norwest) were built in 1968.”  (From “Timeline 1960”, www.history.fcgov.com  ) 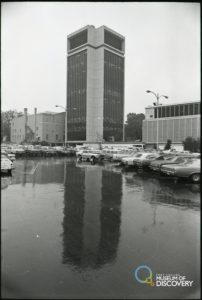 Here’s a ribbon-cutting picture taken at the opening, also from June 16, 1969: 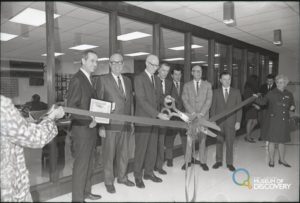 This aerial shot shows the cityscape northeast of the new tower: 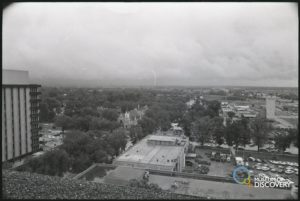 Building is a messy process.  To actualize this (a rendering of the “new” courthouse, circa 1969): 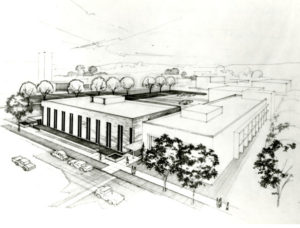 You gotta go through a lot of this: 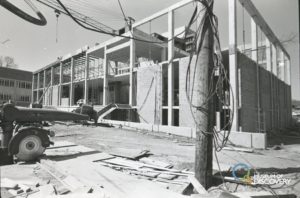 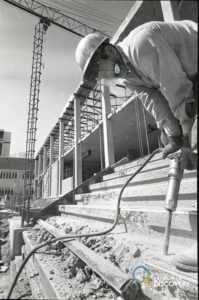 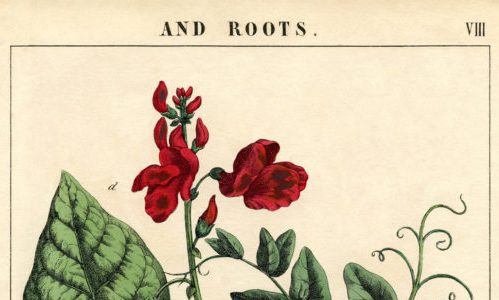