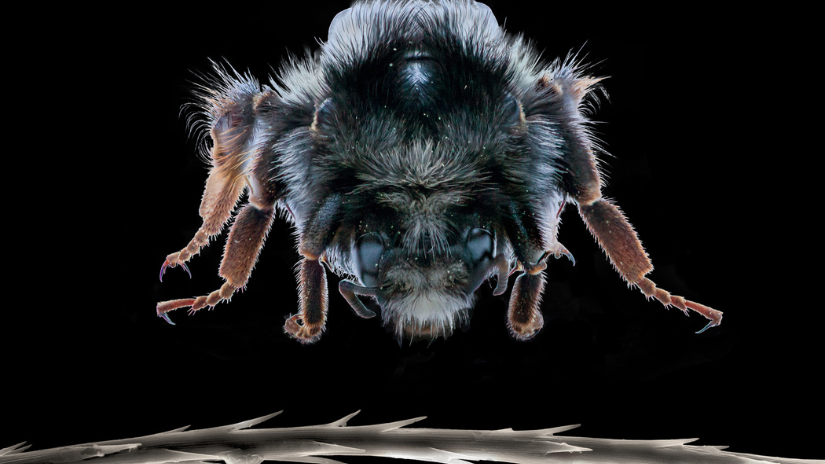 Have you had a chance to experience our special exhibition, FOOD FOR THOUGHT? It incredibly combines art and sustainability in a picturesque way, capturing the patterns of our world and food systems. Here are some highlights from the exhibition, which is free with museum admission until September 4. It is presented bilingually.

Information about each image, left to right:

*50 million years ago, Azolla grew in such huge quantities that it is credited with removing half of the excess carbon dioxide from the atmosphere. This recent discovery has inspired new efforts to promote the planting of this floating fern as a method of capturing carbon.

*The decline of bees worldwide is well-documented, as is the threat to crops that rely on them for
pollination. Little known is that natural mycelial extracts are being developed which boost bee
immunity. Mycologist Paul Stamets says, “Mycelium is the immune system of the mushroom.”

*This image in inspired by the 1968 Earthrise photo taken from space by William Anders. That iconic image launched the environmental movements decades ago. Today, agriculture is both the source and potential healer of the climate crisis. Blueberries in Michigan are being impacted by seasonal shifts which bring new pests, harsh weather, and fewer pollinators.

*Buckwheat is an excellent source of plant-based protein. When used as a cover crop, buckwheat
reduces the need for fertilizer, captures carbon, and helps soil hold water.

*Lace lichen has been used by Native Americans for medicinal purposes; it has antibacterial properties. Lichens are an indicator of clean air, and lace lichen doesn’t thrive where there are significant levels of pollution. It has been impacted by wildfires caused by drought; researchers have found it failing to return to burn sites even ten years after a fire.

*Globally, insect populations are under stress. Researchers have named “nutrient dilution hypothesis” as another possible factor for impacting insects. Increasing levels of atmospheric CO2 cause plants to bulk up on carbon, which leads to reduced nutrients.