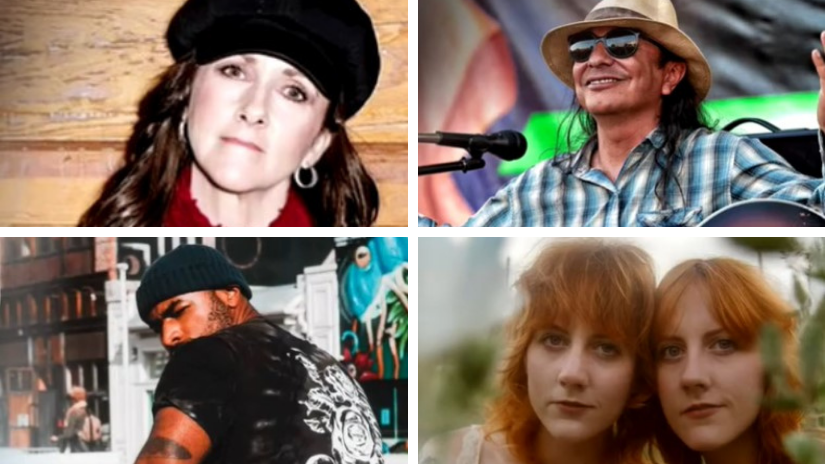 For a year, we have hosted musicians throughout the area to perform Live From The Dome at The Otterbox Digital Dome Theater. Fort Collins Museum of Discovery is proud to give musicians a space to play – with shows highlighting our diverse music and arts scene.

Over the past year, we have featured musicians from so many genres, including:

More Than Physics: The Fort Collins band combines acoustic instrumentation with Handpan and Tabla drumming, all enhanced by stunning visuals in this performance.

Sara Slaton and the Great Perhaps: An Arkansas native, Sara Slaton taught herself to play guitar in the shadow of the Ozarks before she founding – and fronting – the Colorado trio, Edison, earning accolades far and wide.

Liz Barnez: The Colorado Music Hall of Fame member moved to Colorado in the late 1980’s and has been a mainstay in that music community since then. Her Live From the Dome performance is an intimate treat, showcasing her diverse talent as an artist and songwriter.

Hannah Rodriguez: Hannah Rodriguez’s soulful vocals and jazz-influenced musicianship is raising her profile as one of the young talents to watch in the community.

Miguel Aviña: Best known as the lead singer and guitarist of the band iZCALLi, Miquel Aviña is rightly known as one of the key artists of the Rock En Tu Idioma (RETI) movement in Colorado.

Kid Astronaut: Drawing inspiration from multi-dimensional world of Marvel Comics, Denver’s Kid Astronaut builds a universe of music, film, and art that is all his own.

Companion: The Fort Collins based duo of identical twin sisters Sophia and Jo Babb take a nuanced approach to songwriting that feels at once lighthearted and weighted with palpable empathy.