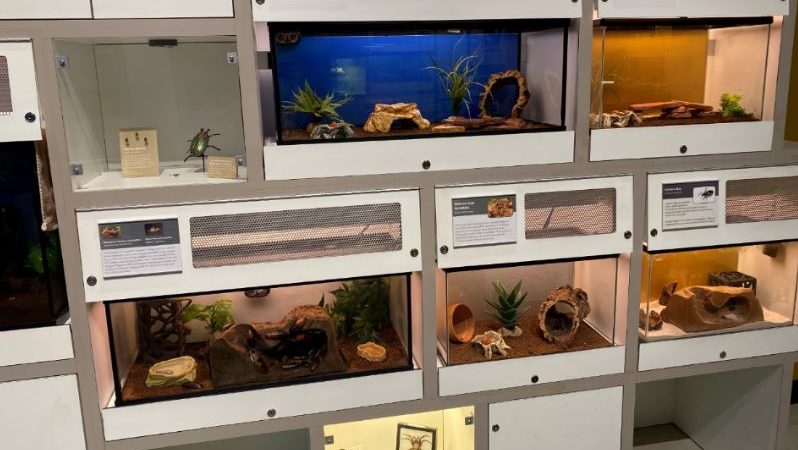 National Wildlife Day is September 4, 2020! To celebrate, let’s explore some of the less well known endangered species in Colorado.

We hear a lot about endangered species these days, as the climate changes around us and human activities challenge wildlife survival. Often the articles and advertisements you see feature fuzzy and adorable animals like the Giant Panda or the Sea Otter. Here in Colorado, our featured endangered wildlife tends to be appealingly majestic, like the Grey Wolf (whose reintroduction to Colorado is on November’s ballot for 2020) or even FCMOD’s beloved Black-footed Ferrets. These are species that definitely deserve attention – but there are many more of our wildlife neighbors that need our attention and help that may not be so cute or exciting. There are so many ignored species in the world that are in difficult or dangerous situations thanks to habitat loss, pollution, water loss, and many other human activities.

Here are just a few of our Colorado wildlife neighbors in need:

The Least tern is the smallest member of the gull and tern family. They’re only 9 inches long. They nest in the summer on sandbars along major rivers in the central U.S., including in Colorado. This bird was listed as federally endangered in 1985. A lot of nesting habitat in the U.S. has been lost to the birds because of the ways that humans have changed the river systems: dams and reservoirs; introduction of invasive plants; stabilizing river banks, hydropower, and diverting water.

The bonytail is a freshwater fish that lives in the Colorado River basin. It can grow up to 2 feet long and can live up to 50 years. It was added to the endangered list in 1980, and is now the rarest big-river fish in the Colorado. The bonytail, along with numerous other fish species in the Colorado, suffered drastic population declines after the construction of Hoover Dam and other human projects that divert water from the river and change how the water flowed and pooled. These fish also suffer from competition from non-native fish species that humans have introduced into bonytail habitat. At this time, there is no self-sustaining wild population of these fish, and human-run hatcheries are all that maintains the species.

The North Park Phacelia only exists in one place in the entire world: the North Park area in Jackson County. It likes to grow on bare slopes and eroding rocks in ravines in the North Park area, where few other plants are able to survive. This phacelia was listed as federally endangered in 1982. It is threatened by livestock, off-road vehicles, commercial and residential development, and petroleum exploration. It also suffers from the loss of pollinating insects in the area, which it depends on to reproduce.

You may be wondering what you can do to be a better neighbor to these species, and the other species in our beautiful state that are threatened or endangered. Here are some steps that you can try:

Educate yourself. Learn about the different kinds of wildlife that live in Colorado with us, and what kinds of things we humans are doing that are putting them at risk.

Take action. Think about how much water you use, or whether the plants in your yard are native or invasive. Consider how much energy you use leaving on lights in an empty room, or streaming your favorite songs rather than downloading them. Look at how much gas your vehicle uses, or how many plastics or other petroleum products you use on a daily basis. Even a small change you can make in your own behavior can be a help to our endangered neighbors.

Contact your representatives in government. These threatened and endangered species do not have a voice in our government, but you do. If you are old enough, vote for candidates that pay attention to wildlife. But at any age, you can make your voice heard! Make sure that your representatives know how important it is that we are good neighbors to all the wildlife in Colorado, in the country, and in the world.