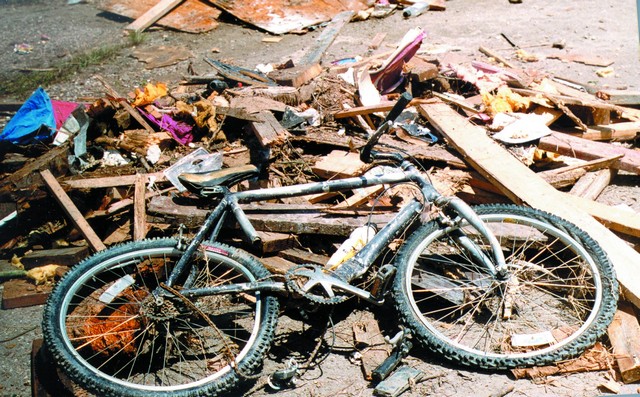 July 28, 2017 marks 20 years since Fort Collins experienced the one of the biggest natural disasters in its history.

A slow moving storm cell on July 27-28, 1997 stalled over Fort Collins and dumped 14.5 inches of rain in 31 hours creating flash flooding that wreaked havoc on parts of Fort Collins. One of the hardest hit places was the Spring Creek area west of College Avenue. Debris clogged a railroad underpass which caused water to back up into a Johnson Mobile Home Park where 5 people were killed.

Flood waters also damaged numerous buildings on the campus of CSU including the basement and first floor of the library. In the aftermath of the disaster the City of Fort Collins implemented extensive flood mitigation planning that has shaped the landscape of Fort Collins. This work resulted in Fort Collins avoiding the extensive damage that ravaged much of northern Colorado during the 2013 floods.