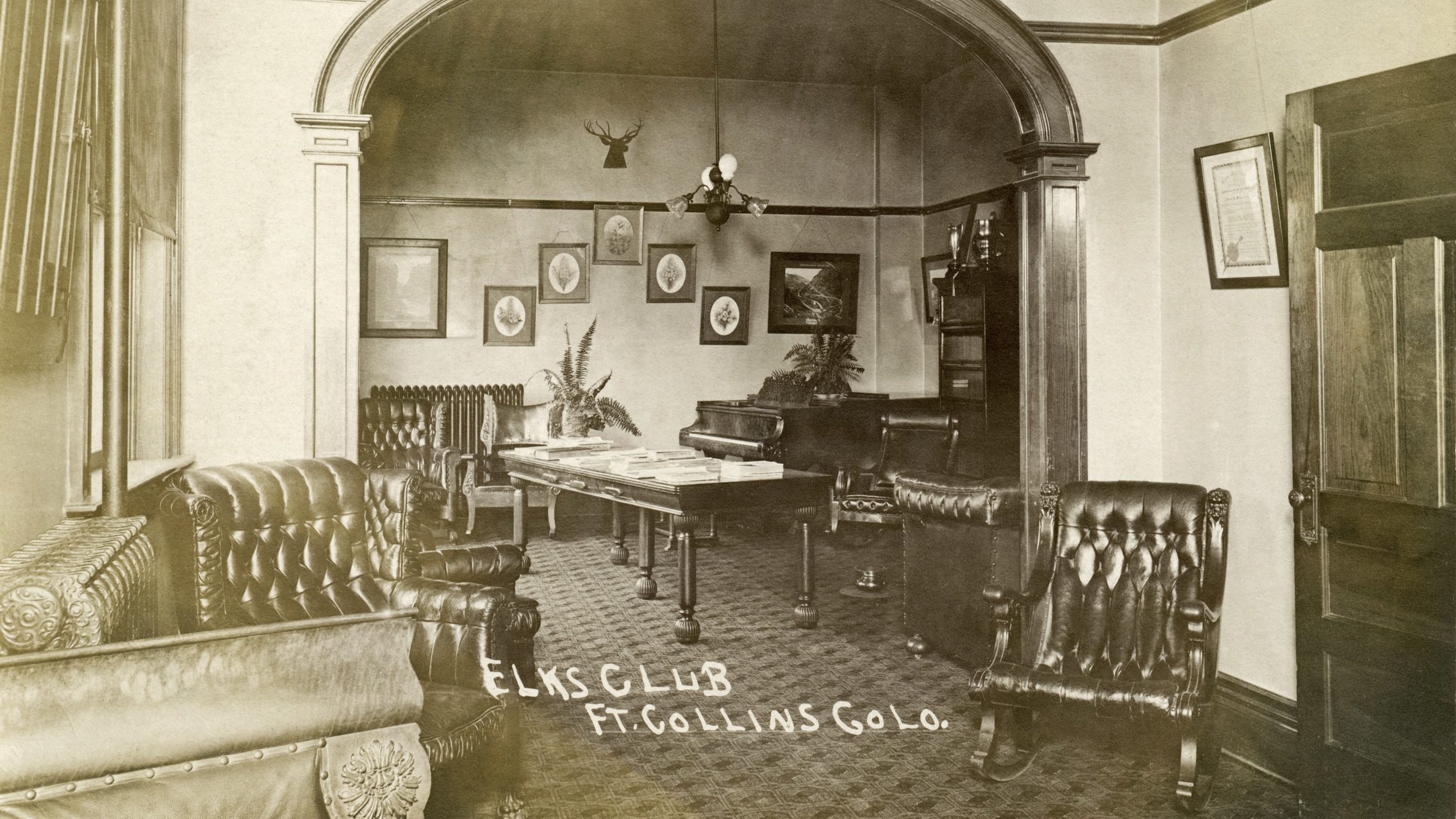 There is a lot of space to explore at Fort Collins Museum of Discovery; visitors of all ages can spend hours experiencing the exhibits, jamming in the Music & Sound Lab, taking in a show in the OtterBox Digital Dome Theater, and more. But even with just a few dozen steps through our front door a visitor can encounter something unique: the grand piano, with its distinctive Curly Birdseye Maple veneer, which occupies a large corner of the museum’s Griffin Piano Lounge.

This piano was produced by William Knabe & Co., of Baltimore especially for the 1904 St. Louis World’s Fair. It is apparently one of only two such pianos produced by Knabe, and its eye-catching appearance and distinctively mellow tone are said to have caught the attention a group of fair visitors from Fort Collins, who determined that their community needed the grace and culture it could provide. This group consisted of Abner Loomis, Frank Miller, Sr., F.W. Sherwood, and Peter Anderson –names that loom large in our community’s history, and echo in the names of our streets and local landmarks. These men brought the piano back to Fort Collins and it was placed in the Old Town Elks Lodge, on Oak Street, where it remained until the that building was demolished in 2008. At that time the piano was first sent to Finger Piano Restoration of Niwot, Colorado for a complete evaluation and restoration, and then delivered to Fort Collins Museum of Discovery.

This history is not the only thing that makes the Knabe piano unique among the artifacts displayed and preserved at FCMoD, whose preservation requires that they are protected from all touching and use. Experts agree that the working mechanisms of musical instruments like the piano are best preserved when played on a regular basis, by experienced musicians aware of its age and delicacy. So, for the health of the piano and for everyone’s enjoyment, visiting musicians and trained museum volunteers play the piano during special events and when possible during regular museum hours.

Come visit the 1904 World’s Fair Knabe Piano in FCMoD’s Griffin Piano Lounge. You’ll experience a legacy gifted to our community over a century ago, and you may just get the chance to hear it played.